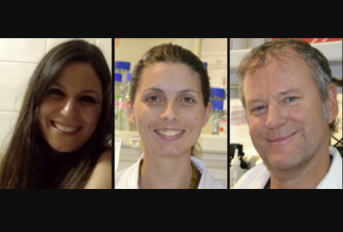 Poor survival and treatment failure of patients with cancer are mainly due to therapy resistance. Tribbles homologue 2 (TRIB2) has recently been identified as a protein that promotes resistance to several anti-cancer drugs. In this study, RNA sequencing and bioinformatics analysis were used to characterise the impact of TRIB2 on the expression of genes and develop pharmacological strategies to revert these TRIB2-mediated changes, thereby overcoming therapy resistance. We show that two naturally occurring alkaloids, harmine and piperlongumine, inverse the gene expression profile produced by TRIB2 and sensitise cancer cells to anti-cancer drugs. Our data suggest that harmine and piperlongumine or similar compounds might have the potential to overcome TRIB2-mediated therapy resistance in cancer patients.

† These authors contributed equally to this work.


Therapy resistance is responsible for most relapses in patients with cancer and is the major challenge to improving the clinical outcome. The pseudokinase Tribbles homologue 2 (TRIB2) has been characterised as an important driver of resistance to several anti-cancer drugs, including the dual ATP-competitive PI3K and mTOR inhibitor dactolisib (BEZ235). TRIB2 promotes AKT activity, leading to the inactivation of FOXO transcription factors, which are known to mediate the cell response to antitumor drugs. To characterise the downstream events of TRIB2 activity, we analysed the gene expression profiles of isogenic cell lines with different TRIB2 statuses by RNA sequencing. Using a connectivity map-based computational approach, we identified drug-induced gene-expression profiles that invert the TRIB2-associated expression profile. In particular, the natural alkaloids harmine and piperlongumine not only produced inverse gene expression profiles but also synergistically increased BEZ235-induced cell toxicity. Importantly, both agents promote FOXO nuclear translocation without interfering with the nuclear export machinery and induce the transcription of FOXO target genes. Our results highlight the great potential of this approach for drug repurposing and suggest that harmine and piperlongumine or similar compounds might be useful in the clinic to overcome TRIB2-mediated therapy resistance in cancer patients.