Strategies to determine the role of reticular stress in chronic diseases

Strategies to determine the role of reticular stress in chronic diseases 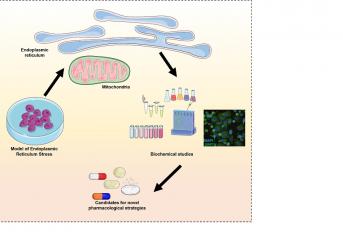 The endoplasmic reticulum (ER) is the largest organelle in the eukaryotic cell, consisting of a network of tubules and branches that includes the nuclear envelope and extends throughout the cytoplasm. Its main functions are the synthesis, folding and transport of proteins. When any of these functions is compromised, the unfolded protein response (UPR) is activated, a set of ER-centered signaling cascades aiming to restore homeostasis.

The UPR signaling pathways and their role on disease are currently under intense scientific scrutiny, given that a compromised reticular function is a hallmark of multiple chronic diseases of high incidence worldwide, such as cancer and neurodegenerative diseases.

This work integrates the compilation of the current knowledge on the molecular biology of reticular stress and the available techniques to study these parameters in vitro. In the context of the organelle’s function, structure and dynamics, it presents and discusses methods for the visualization of the ER morphology, as well as for the determination of reticular stress indicators such as the presence of misfolded protein aggregates in its lumen.

The endoplasmic reticulum (ER) comprises a network of tubules and vesicles that constitutes the largest organelle of the eukaryotic cell. Being the location where most proteins are synthesized and folded, it is crucial for the upkeep of cellular homeostasis. Disturbed ER homeostasis triggers the activation of a conserved molecular machinery, termed the unfolded protein response (UPR), that comprises three major signaling branches, initiated by the protein kinase RNA-like endoplasmic reticulum kinase (PERK), inositol-requiring enzyme 1 (IRE1) and the activating transcription factor 6 (ATF6). Given the impact of this intricate signaling network upon an extensive list of cellular processes, including protein turnover and autophagy, ER stress is involved in the onset and progression of multiple diseases, including cancer and neurodegenerative disorders. There is, for this reason, an increasing number of publications focused on characterizing and/or modulating ER stress, which have resulted in a wide array of techniques employed to study ER-related molecular events. This review aims to sum up the essentials on the current knowledge of the molecular biology of endoplasmic reticulum stress, while highlighting the available tools used in studies of this nature.