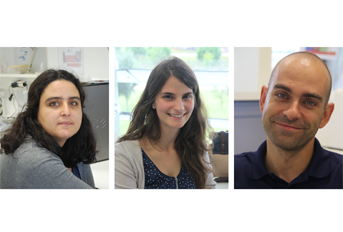 A group of researchers from the Center for Neuroscience and Cell Biology (CNC) at the University of Coimbra (UC), uncovered a new mechanism behind the cardiotoxicity of the anticancer drug Doxorubicin (or Adriamycin) that can be explored in the future as a new therapeutic target to counteract the adverse effects of chemotherapy. Although Doxorubicin is a powerful chemotherapeutic agent, it has severe long-term adverse effects that compromise the cardiac function of patients. Cardiac cells require large amounts of energy and Doxorubicin cardiotoxicity has been associated with a loss in the function of mitochondria, the cellular organelles also known as “cellular powerplants”. The study published in the international scientific journal “Toxicology and Applied Pharmacology” used a model of cardiac cells derived from stem cells that preserve the contractile capacity, which is sustained by a high energetic supply. The authors showed that mitochondrial dysfunction associated with Doxorubicin cardiotoxicity involves the activation of p53 protein-mediated signaling and a loss of pyruvate dehydrogenase (PDH) activity. By using a PDH activator it was possible to improve mitochondrial function and energy levels in Doxorubicin-treated cells, encouraging further studies on the potential advantages of combining chemotherapy with PDH activators. The work was funded by the Portuguese Foundation for Science and Technology (FCT), COMPETE- Operational Programme Competitiveness Factors, QREN, European Union (ERDF- European Regional Development Fund).


Title Doxorubicin triggers bioenergetic failure and p53 activation in mouse stem cell-derived cardiomyocytes. Abstract Doxorubicin (DOX) is a widely used anticancer drug that could be even more effective if its clinical dosage was not limited because of delayed cardiotoxicity. Beating stem cell-derived cardiomyocytes are a preferred in vitro model to further uncover the mechanisms of DOX-induced cardiotoxicity. Our objective was to use cultured induced-pluripotent stem cell(iPSC)-derived mouse cardiomyocytes (Cor.At) to investigate the effects of DOX on cell and mitochondrial metabolism, as well as on stress responses. Non-proliferating and beating Cor.At cells were treated with 0.5 or 1 μM DOX for 24 h, and morphological, functional and biochemical changes associated with mitochondrial bioenergetics, DNA-damage response and apoptosis were measured. Both DOX concentrations decreased ATP levels and SOD2 protein levels and induced p53-dependent caspase activation. However, differential effects were observed for the two DOX concentrations. The highest concentration induced a high degree of apoptosis, with increased nuclear apoptotic morphology, PARP-1 cleavage and decrease of some OXPHOS protein subunits. At the lowest concentration, DOX increased the expression of p53 target transcripts associated with mitochondria-dependent apoptosis and decreased transcripts related with DNA-damage response and glycolysis. Interestingly, cells treated with 0.5 μM DOX presented an increase in PDK4 transcript levels, accompanied by an increase in phospho-PDH and decreased PDH activity. This was accompanied by an apparent decrease in basal and maximal oxygen consumption rates (OCR) and in basal extracellular acidification rate (ECAR). Cells pre-treated with the PDK inhibitor dichloroacetate (DCA), with the aim of restoring PDH activity, partially recovered OCR and ECAR. The results suggest that the higher DOX concentration mainly induces p53-dependent apoptosis, whereas for the lower DOX concentration the cardiotoxic effects involve bioenergetic failure, unveiling PDH as a possible therapeutic target to decrease DOX cardiotoxicity.