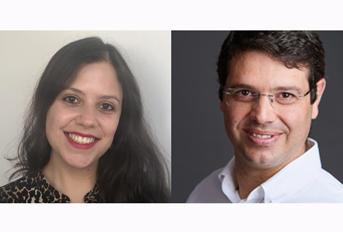 Researchers from the Health Sciences Research Center of the University of Beira Interior (CICS-UBI) have evaluated the role of the STEAP1 protein in prostate cancer cells. The STEAP1 protein is overexpressed in prostate cancer cases comparatively to normal tissues, and its role in modulating cell proliferation and cell death has been clarified in this study. This work led by Professor Cláudio Maia, and recently published in the journal “Medical Oncology” shows that the silencing of the STEAP1 gene reduces cell viability and proliferation of prostate cells, and stimulates the death of these cells. The cellular and molecular effects observed by the silencing of STEAP1 appear to be independent of dihydrotestosterone (DHT), a key androgen in prostate physiology. This study supports the idea of ​​STEAP1 as a potential therapeutic target against prostate cancer.

Six transmembrane epithelial antigen of the prostate 1 (STEAP1) is overexpressed in numerous types of tumors, especially in prostate cancer. STEAP1 is located in the plasma membrane of epithelial cells and may play an important role in inter- and intracellular communication. Several studies suggest STEAP1 as a potential biomarker and an immunotherapeutic target for prostate cancer. However, the role of STEAP1 in cell proliferation and apoptosis remains unclear. Therefore, the role of STEAP1 in prostate cancer cells proliferation and apoptosis was determined by inducing STEAP1 gene knockdown in LNCaP cells. In addition, the effect of DHT on the proliferation of LNCaP cells knocked down for STEAP1 gene was evaluated. Our results demonstrated that silencing the STEAP1 gene reduces LNCaP cell viability and proliferation, while inducing apoptosis. In addition, we showed that the cellular and molecular effects of STEAP1 gene knockdown may be independent of DHT treatment, and blocking STEAP1 may reveal to be an appropriate strategy to activate apoptosis in cancer cells, as well as to prevent the proliferative and anti-apoptotic effects of DHT in prostate cancer.