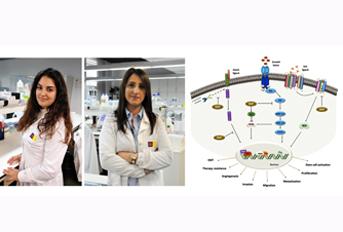 Lung cancer is the most deadly neoplasm with the highest incidence in both genders, with non-small cell lung cancer (NSCLC) being the most frequent subtype. Somatic mutations within the tyrosine kinase domain of the epidermal growth factor receptor (EGFR) gene are key drivers of NSCLC progression, with EGFR inhibitors being particularly beneficial for patients carrying the so-called "EGFR-sensitizing mutations". However, patients eventually acquire resistance to these EGFR inhibitors, and a better knowledge of other driven and targetable proteins will allow the design of increasingly accurate drugs against patients' specific molecular aberrations. Raf kinase inhibitory protein (RKIP) is an important modulator of relevant intracellular signaling pathways, including those controlled by EGFR, such as MAPK. It has been reported that it has metastasis suppressor activity and a prognostic role in several solid tumors, including lung cancer. In the present review, the potential use of RKIP in the clinic as a prognostic biomarker and predictor of therapy response in lung cancer is addressed.